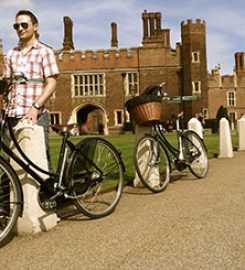 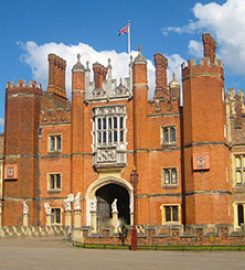 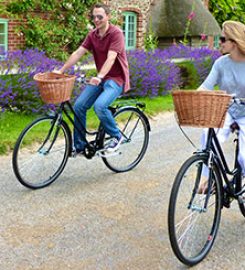 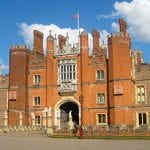 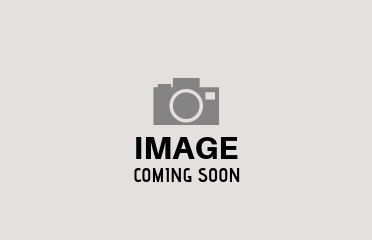 Hampton Court Palace is a royal palace situated in the Royal Borough of Richmond upon Thames, just outside of central London. The construction of the palace began in 1515 for a favourite of King Henry VIII, Cardinal Wolsey. Wolsey then fell from favour in 1529, gifting the palace to the King to check his disgrace. It was later enlarged by Henry VIII along with St James’ Palace. Hampton Court Palace is one of two Palaces owned by King Henry that still stands.

The Palace was once again expanded by King William III with the intention to rival Versailles. This expansion destroyed much of the original Tudor palace. This means that the palace was left with two different styles of architecture, Tudor and Baroque, which are tied together with pink bricks.

The last monarch to reside in the palace was King George II.

In the present day, the palace is now open to the public and is a major tourist attraction. The palace isn’t the only attraction as it also hosts a ‘real tennis’ court and a maze.

There are reported to be many ghosts who reside in the palace, the most famous being Catherine Howard; one of Henry VIII’s six wives. Catherine was accused of adultery and it is said that you can hear her screaming in the palace haunted gallery. There is also the famous ‘Grey Lady’ Sybil Penn who was a servant to the Tudor monarchs. It is said that she cared for Elizabeth I while she was sick with smallpox and later died of the disease.